Paralyic patients cannot speak but their brain is still working and active. These patients are fully aware and have plenty of words in their mind but lack in communicating.Scientists are always discovering and try to unveil solutions to these critical issue. One such leading research is on encoding brain thinking to speech. 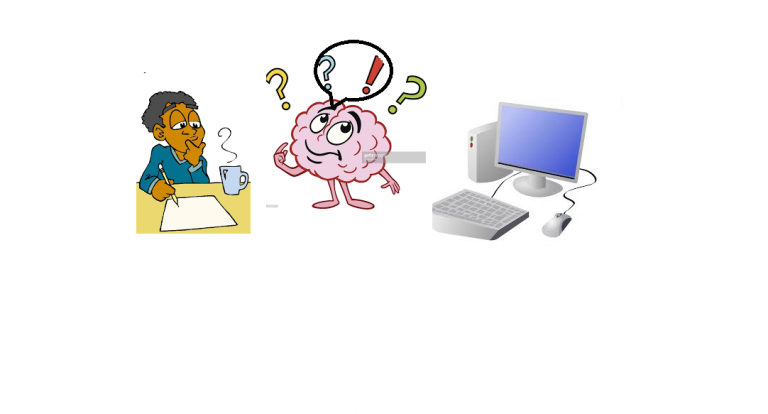 What a person is thinking is the biggest mystery.

Like me, u might also be curious about reading the minds of people. Certain times we jumble out. We think of conveying something and end up irrelevantly. Have you ever experienced this awkward situation like me??
No, it’s not about dumbness but certain times we fail in conveying the exact information that is generated in our mind.
And on a serious note, there are many people who cannot communicate with others because of physical problems such as paralysis. When a person suffers from paralysis he is unable to move his arms and legs. Though these patients cannot speak, their brain is still working and active. These patients are fully aware and have plenty of words in their mind but lack in communicating.
Scientists are always discovering and try to unveil solutions to these sort of critical issue. One such leading research is on encoding brain thinking to speech. This article might be lengthy but its informative and knowledge seeker will eventually find it appreciative.
Let’s get started then.

HOW DOES THIS TECHNOLOGY WORK?

So in order to understand what a paralytic patient is trying to convey you need a device. This device has the potential to read their minds, translate their brain activity, and say it loud. Innovative isn’t it!! To build this device obviously it’s going to be challenging.
Suppose a patient is thirsty, and he desires to drink water and because of his shortcomings, he is unable to communicate.
Now, in this case, the device should

1. Record patients brain activity with advanced technology
2.It needs to understand how speech is stored and processed in the brain
3. It needs to map how a brain works using a mathematical tool
4. Finally, translate the brain activity into a speech which is audible and understanding.
Hectic right, but scientists have actually come up with this technology of brain-computer interface system that converts thoughts to text.

ON WHOM CAN SUCH EXPERIMENTS BE CARRIED OUT?

Thinking is the inevitable activity of the brain, which produces ideas, try to solve our daily problems, makes a decision, cherish memories, and communicate with others. In other words, the brain is the most important part and highly active and alert. We all think, and our mind gives commands in our head which guide us to do tasks. When we think, we hear those words without actually speaking or hearing. The mind plays the role of thinking and decoding into words, let us know how scientists recorded these loud yet silent words that are produced in minds.
So on whom these experiments can be done, obviously not on a healthy and normal person because to map brain activity, one needs to perform brain surgery! Hence scientists decided to experiment on epileptic patients (on their will) who anyhow required brain surgery. Epilepsy is a condition where a patient suffers sudden uncontrolled and vigorous shaking of the body. This is due to seizures. Seizures are due to the unusual electrical activity of the brain. This condition cannot be controlled by medications and the only way to treat seizure is to find and remove that part of the brain that is malfunctioning and causing seizures. So here neurosurgeons implant electrodes in the brain for one or two weeks. And on a positive note, scientists also started to map the brain of epileptic patients.
So how does brain work when you shout out words in your head

The study was divided into two parts
1. Initially, scientists decoded speech that was produced out loud.
2. Finally, they decoded speech produced silently in the patients head.
In the initial case, brain activity was recorded when people were speaking out loud. With the help of the decoding device, its brain activity was mapped.
Now the next step was decoding speech in patients head. Decoding thought is more difficult than decoding speech produced out loud because we don’t know exactly when the brain activity is generated during thinking. Which part of the brain is active can be mapped easily but it is difficult to say which signals are associated with specific speech sound.

So how to decode thoughts?

The strategy of partial overlapping mechanism was applied. A model was generated which could decode words that were spoken out loud and the same model was applied to brain data generated while thinking. Using this technique a correspondence was generated between the two studies. Using the spectrum obtained scientists could partially decode what patients were thinking.
The spectrogram of both cases was tallied and reconstructed. The final result was pretty accurate.

To monitor the research recent advanced technologies like MRI and infrared imaging was employed to detect neural signals based on the metabolic activities of neurons. EEG and magnetoencephalography (MEG) played an important role to detect the electromagnetic activity of neurons responding to speech.
This research will obviously benefit patients who cannot speak but have thoughts in their minds. It would be great if a patient could convey “I am thirsty” or “I need medicine”.
The research and science will have a positive impact on this patient, and will surely help people to lead better lives

There is no doubt in advancement in science and technology and considering human intellect, I think nothing is impossible! This research seems to be promising and challenging as well.

Suppose a human reading machine is introduced then how about the safety of thoughts? Those secrets which are secretly embedded in our minds will no longer be secret!
since a lot of technical issues are to be resolved it takes time for this kind of devices with accuracy and precision. But surely this device will be a rebirth to those paralytic patients who are prisoners of their own thought.
Let me know what is your point of view on this research do comment below.