Plastic waste takes about centuries to degrade. Till now billion tons of plastic has been accumulated in our ocean which is a major threat to our ecosystem. Scientists have come up with using bacterial strain to solve this trash problem.It do not solve the problem completely hence being a responsible citizen we need to cut down on usage of plastic.

Plastic eating bacteria have been found but don’t you think there is a need to cut off the use of plastic on a daily basis. Let us race to save our planet. 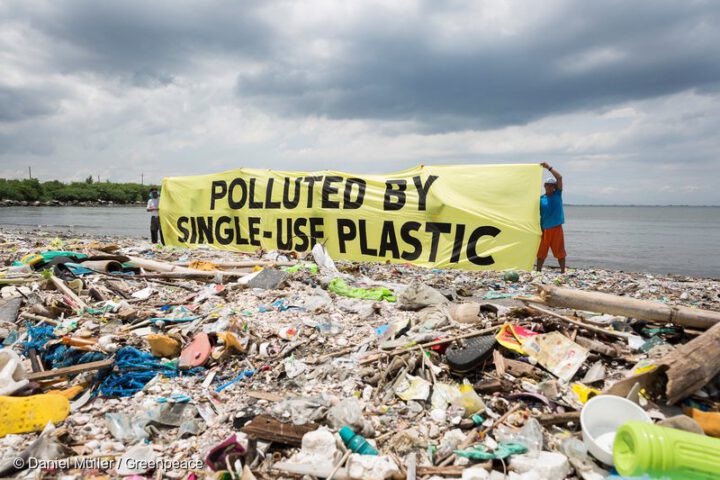 We are drowning in the oceans of plastic waste. Yes, you heard it right. Plastic is used so extensively that we are making oceans of plastic. Plastic is undoubtedly taking over the world, first, it was the ocean and now it’s in humans body too. Also, there is a possibility that plastic might be in your gut. Plastic is detrimental to the environment, it is causing harm to oceans, creatures in it and slowly it will poison the human body too. When you look around, you might find trash here and there lying but the fact is the Earth is covered in a million tons of plastic approximately speaking 9 million tons. So where it comes from? Question yourself how many bottles have used just once and thrown away till now, likewise the trash bags, plastic utensils and the list never end. To be sure count the number of plastic items that you are utilizing in your home right now, and plastic is such a thing that after use we don’t prefer keeping at home. So that’s definitely going to be in trash in future. Though plastic made life simple at the same time ruined our ecosystem.

The major problem of using plastic is, it’s non-biodegradable. And if at all it happens to biodegrade itself, it needs years and years to do that. The span of plastic you are using will be more than you on earth. It takes around 400 years to degrade the bottle of water or soda bottle you drank. And your very own straw takes around 200 years to biodegrade. I think we can’t even imagine the time that will be taken to degrade the plastic the world has generated. Solution with the Bacteria on plastic waste These small creatures of nature always come to rescue. Several researchers from Japan after digging out in the trash of plastic have found the bacterial strain which can degrade the plastic found in water bottles. If you check your water bottles downside then, you can find its made up of PET.

The water bottle is made up of PET or polyethene terephthalate. Because of it’s lightweight, colourless and durability, it is mostly preferred by us. But at the same time, it is resistant to biodegradation. The study was carried out by Japnese from Kyoto Institute of Technology and the Keio University led by Shosuke Yoshida Kyoto Institute of Technology. These scientists collected 250 PET- contaminated samples which also included sediments, soil and wastewater from a plastic bottle recycling site. Later they screened the microbes on the samples to check if any changes can be observed. It was seen that PET was degraded by a particular strain of bacteria, the species has been labelled as Ideonella Sakainesis. A laboratory test was done to reveal that the species used two enzymes to break down PET. According to them, the bacteria were able to degrade plastic into tiny pieces but noT fully eaten away. To degrade a thin layer of plastic it almost took a month of time. At that time Scientists from Britain’s University of Portsmouth and the U.S. Department of Energy’s National Renewable Energy Laboratory collaborated and made the discovery of the structure of a natural enzyme thought to have evolved in a waste recycling centre in Japan. When they found out this enzyme was helping a bacteria to break down, or digest PET plastic, the researchers decided to “tweak” its structure by adding some amino acids. This led to a tremendous change in the action of the enzyme allowing it to digest plastic at a faster rate.

“We’ve made an improved version of the enzyme better than the natural one already, that’s really exciting because that means that there’s potential to optimize the enzyme even further.” “It’s well within the possibility that in the coming years we will see an industrially viable process to turn PET, and potentially other (plastics), back into their original building blocks so that they can be sustainability recycled.

-McGeehan The team is all set to work on improving the enzyme further to see if they can make it capable of breaking down PET plastics on an industrial scale. Enzyme technology can be used to solve humans trash problems but the research is still in its early period. Sooner there could be an enzyme that could eat away plastic at a faster rate as we have got a bunch of it.

“Enzymes are non-toxic, biodegradable and can be produced in large amounts by microorganisms. There is strong potential to use enzyme technology to help with society’s growing waste problem by breaking down some of the most commonly used plastics.”

Though we got hold of the mutant enzyme that does not mean it will solve all our trash problems or we can’t just depend on this enzyme and relax. It’s our prime duty to cut on the use of plastic. According to citylab 1 million water bottles are produced every minute in the world in which only 10 % get recycled and you already know where the remaining trash go. If we keep on buying and relying on plastic the production of it will never end and which will eventually lead to more piles of it. Hence prevention is certainly needed.

How can we reduce the use of plastic?

There are many ways we can rely upon and give up on the excess use of plastic 1. Use metallic water bottles wash it and reuse again and again instead of buying piles of bottles using it just once and throwing it away. This will reduce a considerable amount of trash. 2. Don’t use plastic plates and cups instead give a thumbs up to porcelain dinner set or more preferably to steel dinner set. Once used wash and use it again. 3. Make use of cloth grocery bags. 4. Reuse containers for storing leftovers or shopping in bulk. 5. Avoid buying frozen foods because their packaging is mostly plastic. Even those that appear to be cardboard are coated in a thin layer of plastic. It might be a little inconvenient at first but in this way, you will be reducing the environmental problem by 10 folds and create a better world. This way you can opt for healthy living along with a healthy ecosystem.