Scientists at Ecole Polytechnique Federale de Lausanne (EPFL) and the Swiss Federal Institute of Technology in Zurich (ETH Zurich) have made  medical microbots which mimic bacteria and can revolutionaries the medical field by adapting to the different environment inside the body. 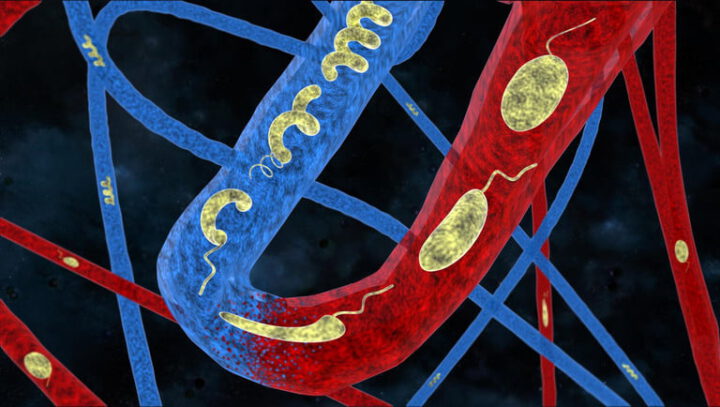 Medical microrobot which mimics bacteria could be used in drug delivery to those various parts of the body which are not accessible easily.

Today we are completely dependent on electronic gadgets and you can imagine our lives without the internet and technology. Days are not far when robots will be an integral part of human beings and scientists are working hard to employ these micro-robots in the medical field.

In a recent attempt, medical engineers are working to employ micro-robots for drug delivery.  Today when there is serious illness traditionally we go for surgery or we take pills in the form of oral or intravenously and the body’s mechanism carry the medicine to the desired part of the body.

If micro-robots becomes reality then these oral pills and surgery would be replaced by the injection of medical microrobots. These are highly specific with a high concentration of medication, also those area of the body which are difficult to access could be simplified by medical microrobots. This development potentially could revolutionize drug delivery. Let us know more about micro-robots.

What are medical micro-robots?

Medical microrobots are simple bacteria sized automated machines. These are specifically created and designed to perform selected movements in response to specific stimuli. Because of its tiny size, it can travel through the body to perform its assigned tasks and its size makes it different from conventional robots.  For instance, arteries blocked with plaque could be cleared using these micro-robots, also these could perform highly targeted tissue biopsies, or reach directly to the cancerous tumours from the inside and treat it efficiently.

When the microrobots are subjected inside the body for the medical purpose it should succeed in its mission through wildly different environments. For this purpose researchers at EPFL and ETH Zurich have developed microrobots that can automatically acclimatize to their environment.

The medical microrobots because of its size are highly flexible and can dive through fluids. These also have special features to change their shape in response environment  to which they are exposed. For example, if these microrobots are targeted to move through narrow blood vessels, then these squeeze through these narrow channels without slowing down which indicate at their flexible nature.

The micro-robots are composed of layers of biocompatible hydrogel nanocomposites folded up like origami. This  strategy was particularly designed especially for microrobots which are employed for the body.

How did the medical microrobots function inside the body?

Once the microrobots were designed the further challenge was to find a way to program their shapes so that it could pass through  various environment of the human body. Scientists used embodied intelligence, where the bots’ physical structure gets adaptive to the surrounding. Microrobots were innovated with an origami-based folding method which gives them the power to deform to any shape. This feature helped them to adjust to any environment in the body.

After creating the robots, the challenge was to find a way to “program” their shapes so that they could pass through all the different environments of a human body. Scientists found a way to use embodied intelligence, in which the bot’s physical being is adaptive to surroundings, rather than the traditional computation that most electronic systems use. The bots are constructed with an origami-based folding method which allows them to deform to the most efficient shape for any given environment, and deformations can be set in advance to make performance smoother. Once inside a body, the robots can either be controlled by an electromagnetic field or they can be left to make their way by using the fluid flow inside the body. These medical microrobots are incorporated with tiny magnetic particles so they can be controlled from outside the body using a varying electromagnetic field.

“Our robots have a special composition and structure that allow them to adapt to the characteristics of the fluid they are moving through, for instance, if they encounter a change in viscosity or osmotic concentration, they modify their shape to maintain their speed and manoeuvrability without losing control of the direction of motion.”

Experimenting with a medical microrobot

Medical microrobots were tested on narrow designer glass tube which mimic blood vessels by running them through it. The microrobots swam through these curves in fluids of varying viscosities  flowing at different rates. They could find out how different shapes of microrobots acted better in different environments.

We have seen how scientists are developing microrobots for years now, but these medical microrobots which mimic a bacteria look like most advanced one till date. In future maybe these could deliver drugs directly to  the needed part of the body and also perform surgery uninvasively. But the question is how safe is these microrobots for our body. To what extent can we allow our natural bodies to get embodied with artificial intelligence? Does this also mean robotic devices into us mean we are integrating with robots to become trans-humans? Many questions are related and unanswered with this booming technology.